At the Salt Lake City headquarters of Olympic Eyewear, designers feverishly work to come up with new designs that excel in both function and fashion. They have no choice. The market for designer sunglasses is so competitive that to not keep up is to willingly fade away into the consumer sunset.

Being that you and I are not eyewear designers, we may not give much thought to creating the perfect combination of function and fashion. But if we did, we would have to look back to the past. We would have to understand how sunglasses have evolved over hundreds of years to bring us to where we are today.

The Origins Are Debated

It is easy to trace the evolution of sunglasses back to ancient China and the Roman Empire. But no one can say for sure who actually invented them. We do know that the Inuit peoples inhabited the Arctic regions as early as at least 1000 AD, but their history could go back even further. We also know that Inuits invented slitted eyewear to protect themselves against snow blindness.

As for the Romans, history suggests that Nero used to wear sunglasses while watching gladiator battles. His political counterparts in China allegedly wore sunglasses to conceal their emotions during legal proceedings. The one thing all these cultures have in common is the idea that sunglasses, in whatever form, were more functional than anything else.

This emphasis on function continued pretty much unabated until the mid-18th century when a man named James Ayscough came up with the idea of making tinted lenses for prescription eyewear. He believed that tinted lenses would improve already poor vision by limiting sun glare.

Fast forward to the early 20th century and you’ll find celebrities beginning to don sunglasses to help conceal their identities in public. At that point, manufacturers figured out they could sell a lot of what was currently a limited product if they could mass produce them cheaply enough. Enter Sam Foster of Foster Grant fame.

Sunglasses in the Modern Era

The mass production of sunglasses gave birth to the era of designer frames. It also led the U.S. military to ask a relatively small company in upstate New York to come up with a pair of sunglasses that would work better for aviators than the goggles they were using at the time. Bausch & Lomb answered the call with a slick pair of aviators that opened the door for one of the most enduring looks in retail sunglasses.

Bausch & Lomb aviators still represent an iconic design that modern designers openly revere. A lot of manufacturers copy them, but they owe any success they might enjoy to the splendid work done by Bausch & Lomb designers during World War II. It’s interesting to note that Bausch & Lomb borrowed from the work done on polarized lenses by Edwin H. Land.

And that brings us to where we are today. Not a lot has changed in designer sunglasses since the 1950s. There have been some slight improvements in lens and frame quality, but the same science that paved the way for designers in the 1940s and 50s is the science today’s designers are using for their products.

What does this tell us? According to Olympic Eyewear, it tells us that we have reached the era of combined function and fashion. Designers absolutely consider function whenever they come up with a new pair of frames or lenses. But they also have to be fashion conscious. They know fashion is important to customers. 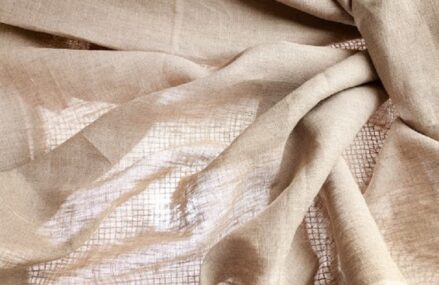 Why Are Linen Materials Good?

Men’s Sunglasses: Everything You Should Remember

When It Is About Both Fashion And Comfort, Women’s Slide Sandals Will Win The Game.